I think it is appropriate that the killing of twenty children at school happened during the Christmas season. God is trying to speak to America about a major problem in our public schools. But the Americans and their government are too blind to see and too deaf to hear.

There is much debate about the cause. The President thinks that Federal gun control is the answer. More government control is never the answer. I agree with former President Ronald Reagan that the government is not the solution. It is the problem. When the Federal Government forbade the practice of Christianity in public school in 1962 they established anti-Christ schools. In 2007 after the Virginia Tech shooting, the Minneapolis Star and Tribune found that before the Federal Government forbade prayer and Bible reading by teachers in 1962, there were few mass shootings of students like today. After our schools were forced to be anti-Christ in 1962, there have been multiple mass shootings of students. These statistics support the premise that these mass shootings are directly related to the school’s anti-Christ policy.

The Christmas story also teaches us both the cause and solution of the mass student shootings. God sent His Son, Jesus Christ into the world to save us sinners from sin, violence and murder. There were those who received and believed in Jesus at his birth and those who rejected and hated Jesus. Those who received him, believed in Him, worshiped Him, and brought Him gifts, embraced His way of love. Such were the shepherds and wise men. He who rejected and hated Jesus - King Herod- killed many children in his attempt to kill Jesus. Herod drove Jesus out of Israel and killed the children two years old and under in Bethlehem. As it was in the Christmas Story, so it is today. The murder and killing of children will always follow any policy that hates and rejects Jesus Christ.

The Federal Government has rejected and hated Jesus Christ and has tried to kill his existence in our public schools. They have driven Jesus out by forbidding teachers to pray and teach the Good News that He is Savior and King of all. Like Herod, they are responsible for killing babies: over 56 million babies (now over 62 million March 2020) have been murdered by the Federal Government since abortion was forced on the states in 1973. They are also responsible for the twenty children and other adults killed in New town, Connecticut. Whenever Jesus Christ is rejected the murder and abuse of children always follows.

When our Federal government rejected and drove Jesus from our schools they established a child hating policy. Both Hitler and Stalin instituted anti-Christ schools. These schools were also anti-children schools where children were abused, brainwashed, and taught ungodly atheism and even murder of human life. Our schools are similar today. All the insane and wicked people, both students and adults get this. That is why they are so free to murder the children at public schools. Is there not in effect a huge banner on all public schools that proclaims "We hate and reject Jesus Christ"? They also hate and reject children. The two go together.

In 1973 The Supreme Court made it legal to murder the unborn. The judges never lifted a scalpel personally, but put it in the hands of murdering surgeons and their helpers. The Supreme Court inspired and promoted the murder of school children by establishing an anti-Christ policy that hates children. No judge personally murdered a child. They just put the gun into all the adults and students who hate themselves and children and inspired them to murder our children. All students educated in our schools are influenced by this evil, ungodly, and morally corrupt policy. It’s impossible to teach true morality and respect for human life without teaching the Christian faith. No wonder they come back to kill students and themselves. All anti-Christ policies will inspire the abuse and murder of children.

As long as the Federal policy rejecting Jesus Christ is supported by the state Government and school boards, the shooting and killing of students will continue. All these authorities who continue to force this anti-Christ policy on the schools will one day suffer God's wrath upon them. One of God's greatest judgments is against those who deliberately turn children away from Jesus Christ. To forbid teachers to teach about God and pray to Jesus is just that. God's curse is upon the public schools in America and it is an open invitation for all child haters to murder our children.

What is the solution? Let our public schools receive and embrace Jesus Christ as they once did. Let the teachers publicly pray to Jesus Christ and teach the children He is the King and Savior of the world and He loves all children. Wherever Jesus is received children will be loved and protected both by God and man. The Lord will watch over our children with His angels as He once did and our children will be protected against the mass murderers. Jesus said "Let the little children come to me and forbid them not." (Matt 19:14).

Jesus also said that if you offend a little child it were better a millstone were hung about your neck and you were drowned in the depth of the sea. (Matt 18:6). The Federal government has offended these little children by forbidding them to come to Christ with their anti-Christ policies. A terrible judgment of God is over our Federal Government and the schools because they are hurting the little children spiritually.

When the schools obey Jesus again and let the children come to Him by teaching them about Jesus, then God will again bless and protect our schools. Today the schools forbid the children to come to Christ for protection but instead leave them unprotected and open for the wolves to kill. May God open our blind eyes, the eyes of the Federal Government and the school administrators so we will again obey the Lord Jesus and save our children, by bringing them to Christ.

Please respond to this article through the contact form. A new tab will open to allow you to review the article and still keep the Contact form open. Pastor Steve wants to hear from you!


"The murder and killing of children will always follow any policy that hates and rejects Jesus Christ." 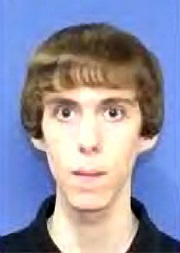